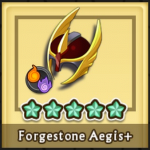 I created my own guild called Vozroz Island.  We are on Android. This guild is mostly casual, but a few gem here and there. We usually get top 300, once and a while top 250, last war was around 180th place. This was done with only 11 or so of the guild trying hard. Imagine if we filled the guild up! We will get a lot better rank.

Many are Ex big guild players from guilds like Majestic. All bonuses are maxed. HC is based on war/raid results. After each war, top 12 non GM/Sent/Champ will be HC. Rank changes after each and every war/raid.

Retrieved from "https://knights-and-dragons.fandom.com/wiki/User:Vozroz?oldid=299556"
Community content is available under CC-BY-SA unless otherwise noted.