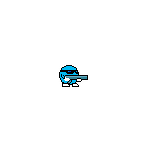 Stumbled upon this game through another GREE game's "install and run tutorial and get something free" link, ended up playing this game much more than the other one and was level 37 after just one week...

Other than my main and alt, all other accounts in the guild are now dead ones. I only farm milestones and now and then open some chests, since going on a top run is too much effort.

I'm the former theorycrafter/info digger/guild level grinder of the Majestic guilds on android (helped get Majestic, Majestic Alliance, Majestic Legion and Casually Majestic get to level 75) .

Retrieved from "https://knights-and-dragons.fandom.com/wiki/User:SDMarukokun?oldid=342790"
Community content is available under CC-BY-SA unless otherwise noted.