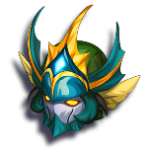 Hello! I've been playing KnD for just over 6 years. Guild Master on both Global and EU (Android only).

Line ID: mnebulae <-- if you want to reach me, that's the best way.

I'm also a bit of a nerd when it comes to stats and accuracy, so beware, I might edit the same page several times before I'm "happy" with it. :)

I did at one point have a list of my armors here, but it's too much work to maintain. I did spend money on the game at one point for about 6 months, but stopped and have been FTP (free to play) since.

My Guilds are as follows:

And I'm also the resident "stats nerd" for both Android and iOS -- and the guy who supplies the "Datamine" (sometimes called "armor leaks") for over 3 years now (as of September 2020) and I also create Stat Sheets that show what an armor's stats should be after being fully leveled/ascended (including Ring/Amulet stats). All of this information is stored on KnDbot -- reach out to me on Line (Line ID above) to get more information.

Retrieved from "https://knights-and-dragons.fandom.com/wiki/User:Mnebulae?oldid=356747"
Community content is available under CC-BY-SA unless otherwise noted.